The PMI Swiss team launched the first "Meet the Swiss PMI community webinar" on May 16th to engage in an interactive way with all members through a Q&A session and to instruct on the many benefits of being a member at PMI.
Stay tuned, we are preparing for the next LIVE webinar on Social Media Engagement with the SM&Marketing Team.
https://youtu.be/gbslYG9gIEc

"A man who dares to waste one hour of time has not discovered the value of life" - Charles Darwin.

I turned 41 not long ago, and it was not until about now that I have started to think how precious time is. I have always liked being on time, taking time to do things correctly, and taking time to do nothing, but now it is all different, time has become very important for me, and I am very conscious about it.

In the end I suppose all sayings are really there because they contain a truth, for this case at this stage of my life "Time is Gold".

I have mentioned also in the past that I am the father of 3 kids aged all below 7, and for those who are in the same boat and can relate, then you know how time can fly away without having done anything. As a father of 3, I try being more efficient so that everything takes less time to get done, this requires concentration and being constantly on.

For me time, from not even thinking about it at all has become a weighting scale, where I value what is worth doing and when, this has helped me to prioritize and to avoid rework, as I am only engaged in that which is important at that point of time and that I know is ready to be done.

Being conscious of time, and knowing that it is now or never, has helped me to take a step forward and make decisions in a way that I can take control on my path. For example in the past I might have thought that I could attend an event next time, now I evaluate if it is worth going at all, and if it is and there is nothing else burning, I do it.

It sometime comes to my head a movie in which time becomes a currency and the rich are those who have the most and the poor are those who struggle to now if they will be able to see the sunrise, in a way I now see it like that.

At work, I am sure you have been in the position where there is always someone who robs our time. It is important to create relationships at work, thinking if they are genuine or not, and how we can get the most out of that relationship, in the case of relationships that we know are none existent and that any effort in it, I think that not without being polite, that the time spent on these should be minimized.

Then when in a team, we should identify who is robing the team’s time, these people should be immediately shut them down, assigning them an specific task which they have to complete, therefore keeping them busy, and avoiding that they lose the focus and the team’s focus.

Going back to our personal life, invest time with those which matter and genuinely care for you, doing what you and they most like, no matter what, always find time for things that make you feel happy to be alive.

Time is the coin that you will pay with, and that I am sure they will treasure when they realize that there is no more valuable currency than time.

"You may delay, but time will not" - Benjamin Franklin.

Project Managers spend 90 percent of their time communicating based on what many books state and based on the everyday experience. They communicate with many stakeholders such as the sponsor, project team members, business and procurement departments. In many cases conversations are easy and pleasant, working for the same goal is exciting and fulfilling. However, sometimes they might be challenging and risky, especially when things do not go as planned and the budget is running short, or the scope start expanding. 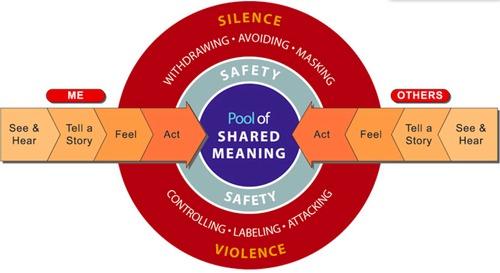 Critical conversation is the subject of this article and some tips that are taken from the book Crucial Conversations can help to handle them. The most dangerous risk is to avoid them, in one way or another troubles will come and find us unprepared! That’s what I used to experience when I was at the beginning of my career. Another option is to face them and try to handle them well.

When approaching a critical conversation, the first thing to do is to appreciate the value of dialogue and think of it as an opportunity to get as much information as possible to make good decisions. It is the starting point to elaborate and analyze options to come up with the solution. Useful takeaway for project managers is to always step in to facilitate meetings to gather any kind of information, especially when the situation is not clear.

Second aspect is to focus on the real problem, instead of focusing on fixing other people. How many times do we deal with colleagues or clients that are so different from us? Sometimes we have the impression that they manipulate us or they behave in a selfish way. Consequently, during the conversation our effort is mainly concentrated to protect ourselves from them, instead of solving the real problem. During critical conversations let’s not slip away from the goals we have set but, instead, let’s stick with them and focus honestly on what we really want for us, for the other person and for the project.

Other important aspect is to look for signs showing us that the dialogue safety is at risk. When stakes are high, and emotions become strong, it is easy to loose the focus on the main topic of the conversation. Silence and raising voice are often the evidence that emotions are taking over, and they might bring to an unsafe path. In essence, we cannot control others, but we can control ourselves. 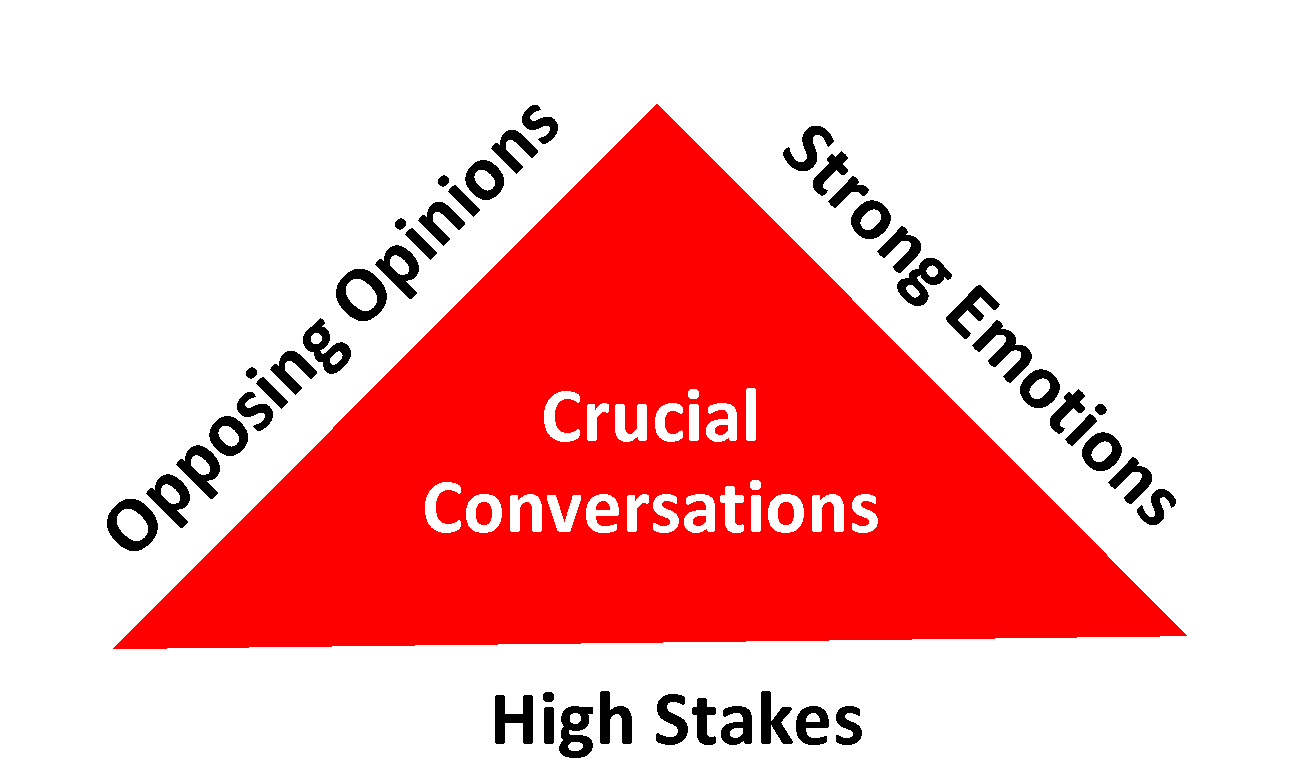 During conversations, we should pay attention to what happens between the moment we feel something, because of the other person’s action, and the moment we react. What do we feel? And what do we do next? Between the two actions we should be careful on how we interpret the situation, we tell ourselves a story that sometimes does not correspond to reality. For example, during the project status meeting, the boss step in and makes decisions on a particular issue. It that because he or she does not trust us or is that because the issue has become so important that it must be escalated to sort things out?

Now we are probably at the most important part of the article, the dialogue is a useful process to get as much information as we can but, at the end of the day, we have to make a decision, otherwise the conversation will end up to nothing. There are four common ways to decide: command, consult, vote and consensus. The decision on what method to choose must be made based on who wants to be involved, who has the expertise on that specific topic, who has the influence to decide (and it might be better to be involved) and the number of people that it is worth involving. And finally, after the decision is made, good project managers make sure that tasks have been identified and they have been assigned with due dates.

In the end, Project Managers must appreciate the value of dialogue, as it provides useful information to make a decision. They must safeguard the conversation when the risk of slipping away from the main goal arises, being able to make a final decision and put it in action.

Recently I met with a friend who started looking for a new job after many years spent in the same organization. It is a story about changing everything that you have been used to for a long long time. This is not an easy change. It is a life change. It is also a story about going out of the comfort zone. And this is another challenge.

We can think or say to ourselves that we are ready to face new challenges, it is right time to change etc, etc. But are we really ready?

In my experience we are never ready enough. This is an emotional change and working with emotions is never easy. Also, by working in a certain environment for a long time we lose capability to see how world is changing around us. It is also much harder seeing what needs changing from inside than outside.

if you are really ready for the change you will have your plan before this day comes. You just need to execute it. If you have not got a plan you need one. It is very likely you also need a change manager. You need someone who will help you see what needs to be done. If you have a friend with recent experience in the job market make a contact. If not, there are self learning options. To validate the result of your hard work you may need one of those agencies offering help in developing a competitive profile. It is always better to do it locally, in person, as online agencies are usually not very familiar with the Swiss market. In short, you have to make that change with or without help.

Page 7 of 26
We use cookies to ensure that we give you the best experience on our website.
I accept