Event about narratives in innovation

The Basel PMI chapter met in an interactive session on innovation facilitated by Giovanni Nisato, from Innovation Horizons GmbH.

The first question the "protagonists" of the session tackled was the definition of innovation. Thanks to interactive word clouds where everyone could provide input, it was quickly apparent that the concept is fuzzy. Innovation has different meanings to different people in different contexts.

However, as Giovanni put forward, no matter how exactly we define it, there tend to be two types of innovation, namely:

What the session was about though, is how we as humans make sense of the innovation development and process. This question is essential whether we look at the past – retrospective – or into the future – prospective.

Regardless, leaning on the Cynefin framework developed by Dave Snowden, innovation tends to happen in complex or even chaotic environments and therefore is messy by nature.

Humans deal with such complexity by reducing it to stories or so-called narratives. Narratives are created for development or innovation, including in retrospect. This typically works by cherry-picking the events to make sense of "the innovator's hero journey" and to present a concise innovation narrative.

The hero journey archetype has been found in different cultures worldwide for as long as human stories are documented and is often the basis of narratives in Greek mythology, literature, or movies. It consists of a call to adventure that leads to the Hero's triumphant return after going through a supreme ordeal in the middle. 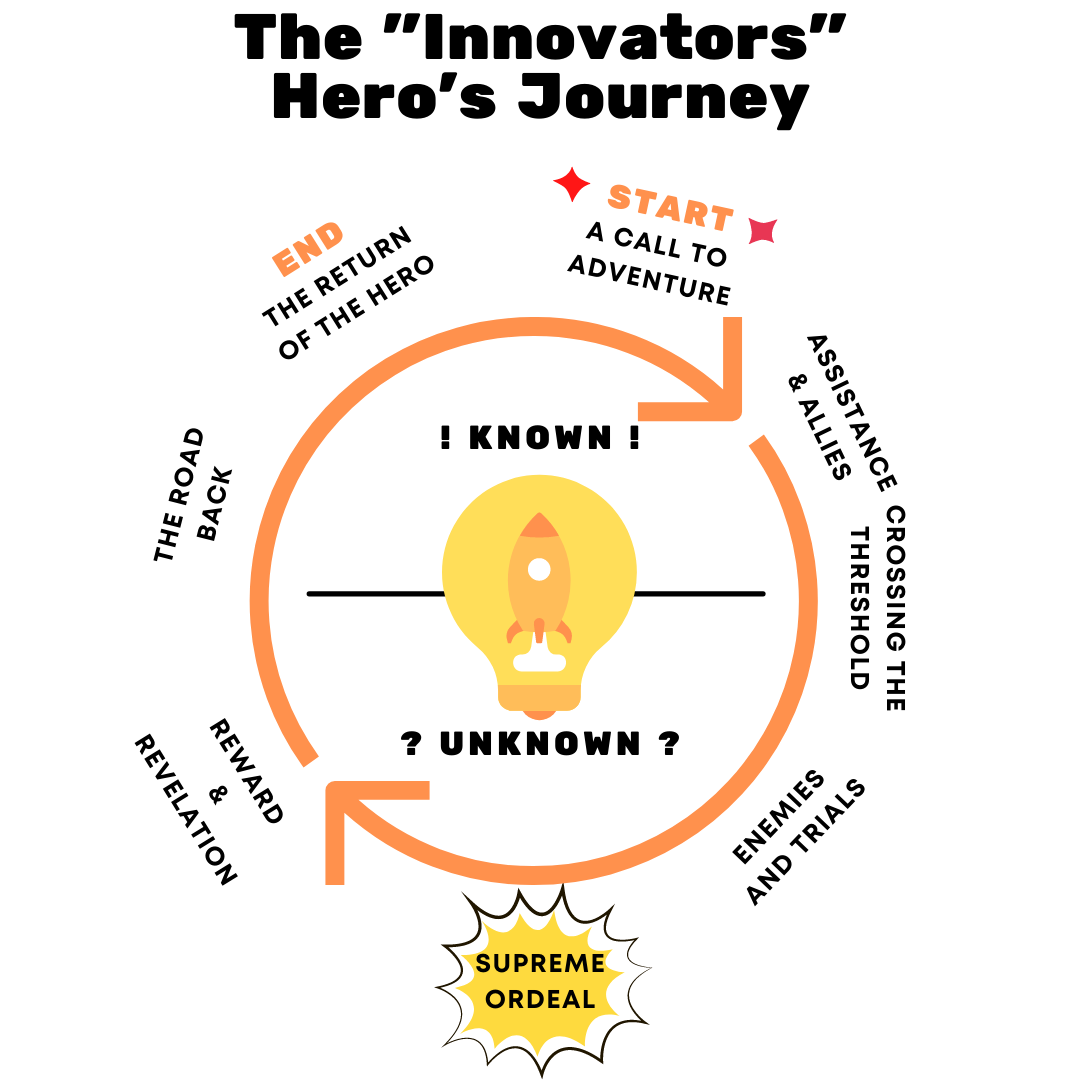 We enjoyed immersing ourselves in two groups on such a journey in an exercise. The exercise consisted of an exploration of an imaginary world. Along the path, we faced difficult decisions that prompted vivid discussions. Especially since the choices met had to be taken with consensus. This produced anxiety at times, given the high stakes of our mission combined with the uncertainty and limited information for each decision. At the end of the exercise, we reflected on the journey's narrative with both groups, which offered insightful perspective and discussion.

My main take-home point of the exercise was the importance of narratives in communication, whether in an email, a meeting or a report. Besides the technicalities of innovating, a crucial part of the process is how innovation narratives or visions are communicated and framed to obtain stakeholder buy-in as well as funding and hands-on support.

After immersing ourselves in innovation narratives, the "Hero's" of the Basel chapter journey got to enjoy the nice apéro to connect with members of the chapter on this and related narratives.

Our Articles By Dates